In Defence of Militant Atheism

The case for secularism is unanswerable. The alternatives are:

Given these considerations, most reasonable people – including (as this recent survey suggests) most UK Christians - agree that there is no sensible alternative to a level playing field for all religions-and-none (in the private sphere) and no case for anyone to have special privileges in the public sphere simply on the grounds of their adherence to certain religious beliefs and practices. Probably the most pernicious consequence of the UK’s failure to distinguish between church and state is the segregation of school children along religious lines. I find this just as pernicious as the segregation of children along ethnic lines. Of course, given that religion is not randomly distributed among different ethnic groups and (especially) given the special cases of Sikhism and Orthodox Judaism, religious and racial segregation often amount to the same thing. Again, opinion surveys suggest that most people in this country (including most notional Christians) do not support this kind of discrimination and segregation; and those who do support it struggle to justify it. Since Baroness Warsi’s recent outbursts against secularism and her rambling incoherent address to the Vatican, atheists have been falling over themselves to emphasise that they are not at all “militant” and have no problem whatsoever with religion practised between consenting adults in private. As Alain de Botton tweeted:

Atheists should remember that the goal is to clear public space of belief, not private space.

I disagree. Even religion in the private sphere is highly malevolent. It is difficult to generalize about religions. For example, according to your specific religion, you may believe in zero, one, or many deities. But certain themes do seem to recur: I could go on, but that will do for starters. Such notions, I submit, poison the private thoughts of those who subscribe to them and ultimately influence their public behaviour – even when that public behaviour is not explicitly religious behaviour. Atheists should do all we can to eradicate such evils. I do not, of course, suggest that atheists should follow the path carved out over centuries by the devout and use legal sanctions and violence to achieve our aims. As I have indicated, I support the principles of secularism, my intolerance is directed towards the ideas not the people who hold them, and (to slightly mis-use the old cliché) some of my best friends are religious. I do, however, think we should use rational arguments and setting good examples and education and every similar tool at our disposal to wipe irrationality and superstition from the face of the earth. To that extent I am proud to describe myself as a “militant atheist”. PS Partly in response to Paul_H's comment below and partly just because it's an excellent article, here's a link to @mjrobbins on secularism and why Christians should support it just a strongly as atheists.
Posted by Dr Michael Ward at 9:47 AM 3 comments: 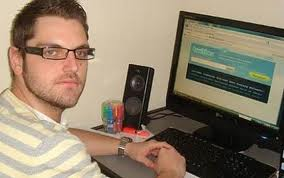