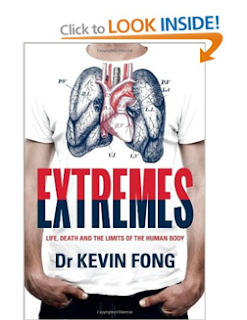 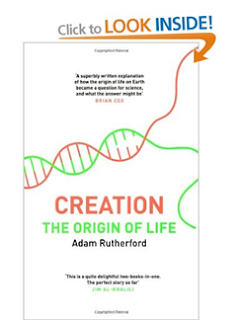 I had planned to write two separate posts (I’m not sure my ramblings below quite merit the description of “reviews”) on these two books but they both arrived on my door mat around the same time, I have some similar things to say about both books (and their authors), and, if you select one on Amazon, the other pops up as a recommendation and you can buy the pair for a reduced price. Here, then, is my two for the price of one offer.

My first, and only (until now), attempt at posting my thoughts on a book I had read was not, I fear, an unbridled source of joy for the author. He obviously skim-read my post and decided it was a hagiography and tweeted lots of nice things back. He then, apparently, re-read my post (just as hurriedly) and decided it was a hatchet-job and promptly deleted all his nice tweets. In fact my post was a well-balanced mixture of high praise and trenchant criticism.

This time round I have only nice things to say about my target books and their authors.

But first some personal history:

A long long time ago in this very universe, I went to university and studied biochemistry and genetics. After a year’s research work at Newcastle University I got my first permanent job at Northwick Park Hospital in Harrow. For various reasons, I hated it. The final straw came when one day, during the coffee break, my boss picked up the Daily Mail (they were all graduates, PhDs, clinicians, professors even; but they all seemed to read the Daily Mail) and read out one of their ghastly headlines to the assembled company of coffee drinkers – something about brown people coming in droves to “our” country to sponge off “our” benefits while taking all “our” jobs and giving us all cancer. Everyone in the room (bar me) tutted and shook their heads in disapproval. I regret to this day not having had the courage to stand up and shout “for fuck’s sake you don’t actually believe this shite do you?”, but I just slunk quietly out of the room.

I quit my science job, studied philosophy, and then philosophy of science and somehow ended up in an obscure field of IT. I’ve certainly had an interesting career. But I’ve always missed science and always tried to keep up with what was going on – mainly by reading popular science literature (a couple of examples of which I am, don’t worry, eventually going to get round to discussing).

To come finally to the point, in my day, all the cool people (or so it seemed at the time) were doing philosophy and social science and politics; and all the people doing science were irredeemably uncool.

Now, quite suddenly there seems to be a whole new generation of astonishingly cool, media savvy, young science communicators out there who don’t seem to read the Daily Mail. I consider myself privileged to have lived long enough to witness such a thing. It has made the job of passing on a love of (or at least respect for) science to my two kids so much easier and has enriched my own life to an (to me) unexpected extent.

So today I wish to pay my respects to the writing efforts of two members of this new generation: Adam Rutherford (geneticist) and Kevin Fong (space doctor). Both have combined successful endeavours in their chosen disciplines with successful careers as science presenters – being good at doing science is (I have often had cause to reflect) no guarantee whatsoever of being good at communicating the subject.

Actually (sorry Adam and Kevin) I think my favourite TV science presenter and science writer of all is (Adam Rutherford’s mentor) Steve Jones, but even he wasn’t on TV in my day and (sorry Steve) isn’t anything like as photogenic as Adam and Kevin. Steve J may appeal to old gits like me but is, I suspect, somewhat less likely to appeal to a younger generation.

Both Kevin and Adam have recycled some of the material they presented in their excellent TV programmes in their books. Though I watched both these series, as someone who almost always gets disturbed during TV programmes by cats and/or kids and/or spousal demands for cups of tea, and as someone who tends to forget most of what I do see on TV, I did not find this any kind of impediment to my enjoyment of the books.

While there are – as I’ve repeatedly noted – various parallels that can be drawn here, the two books could hardly be less similar. Kevin Fong’s book Extremes is, I suppose you could say, a slightly odd collage of autobiography, physiology, and medical anecdote; but this description utterly fails to do it justice. After the first few paragraphs you are completely hooked. Extremes grips you like a thriller. Actually I’ve never read a thriller. I once read a “whodunit” and was little wiser even after I’d got to the dénouement. But my point is that the book is amazingly readable and exciting and (unlike my whodunit – at least when it was uploaded into my cerebellum) knits (what might seem at first blush, to be) a disparate set of themes into a fully coherent piece of writing.

The writing has a beautiful economy of style. There is no redundancy or unnecessary verbiage in Kevin Fong’s prose and he discusses some astonishingly heart-rending and moving events while steering well clear of any sentimentality or sensationalism or ghoulishness.

Adam Rutherford’s book will, I suppose, scare some people[1]; but, if you are one of those people, it is worth your while to overcome your fears.

The book addresses probably the two most fascinating questions concerning life: where did it come from and where is it going? It addresses these questions from the point of view of the science of Genetics.

The answer to first question is, in a sense, of limited scientific value. We shall almost certainly never know for certain how life got going on our planet and (spoiler alert) we know that it did. But figuring out how nature could have got round the Catch 22 of abiogenesis (a code of life – qua life – requires a system that can read and replicate that code; a system that can read and replicate a code must itself be the result of reading and acting upon a code) is one of those questions that seems (to me at least) entirely worth pursuing for its own sake. And, in the second part of Adam’s book, we begin to see how attempts to answer such fundamental questions may have all kinds of practical implications in the longer term. Again (yet another spoiler alert) Adam Rutherford explains how the pieces of the puzzle have begun to fall into place and relates experiments that have provided an wonderful solution to the central Catch 22 described above.

The answers provided to the second question in Adam Rutherford’s book (Where is life going?) involve not dire speculation about a Frankensteinian (is there such a word?) future but a detailed examination of some quite incredible developments in our understanding of how genetic mechanisms work and how we can use our new understanding to manipulate and modify those mechanism – and even come up with our own novel variations.

While Adam Rutherford’s book is extremely well written, his prose is (it has to be admitted) much denser than the prose in Extremes – “dense” in the sense that there is often a lot of information packed into short runs of text. (Again, I’m not criticising here, merely suggesting that you should save your glass of wine for after reading each chapter rather than drinking it at the same time. Such self-denial will pay dividends if you wish to get the most out of this book. Please note, I’m not hereby suggesting that it is okay to read Kevin Fong’s while completely trolleyed. And, out of deference to Kevin’s genetics – which make it a bad idea for him to get completely trolleyed – I read Kevin’s book while never fortifying myself with anything stronger than a cup of tea. But I digress once again.)

But there are some quite astonishingly fun aspects of Adam Rutherford’s book too:

So if forced to choose one of these two books, Extremes or Creation, for Christmas this year, which should you go for?

Fuck it, they’re both out in paperback [3]. Get them both!

[2] It seems they are called "end papers" - thanks to @Suw (on Twitter) for that information.

[3] It also seems that Creation doesn't come out in softback until February 6th - thanks to @AdamRutherford (on Twitter) for that information.
Posted by Dr Michael Ward at 11:19 AM