Why Michael Gove's special adviser is wrong about genes and education; and why you probably are too. 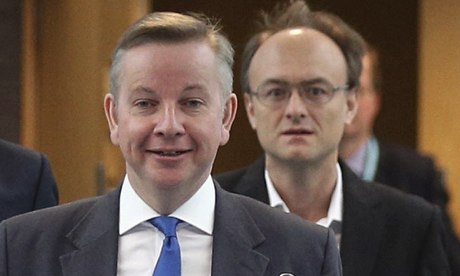 The Guardian this week reported that Michael Gove's special adviser Dominic Cummings had "provoked outrage" by claiming that "up to 70% of a child's performance is related to his or her genes".

Now I don't know whether Dominic Cummings has been quoted correctly here [1], but - assuming he has - I should like to make four rather bold statements (and then try and justify them):
Let us take the second point first:

I suspect what Dominic Cummings intended to say is that "up to 70% of the variation in children's performances is related to their genes".

To see why this statement (rather than the one he apparently made) is probably true, we need only consider the following simple thought experiment:

Imagine you adopted two randomly chosen children born one the same day (Mary and Jane) and gave them exactly the same upbringing, environment, life experiences, and education. (Of course that would be impossible in practice, but this is only a thought experiment.) Now imagine that we tested them both (several times perhaps to make sure one of them was not having an off day) at eighteen years old and Mary got straight Bs and Jane got straight Cs.

The variation in the results of the two individuals must, I hope you see, be entirely due to their respective genetic makeups.

Now let's repeat the thought experiment but provide much better education. This time (we could imagine) Mary gets straight As and Jane gets straight Bs. The variation in the results of the two individuals must still be 100% due to their respective genetic makeups. The improvement in results is, however, entirely due to the change in environment - specifically the improvement in education.

This observation illustrates why, as given, Dominic Cummings's statement (as I claim above in "1") is drivel. The 70% figure relates to the explanation for the variation in a population not to the performance of an individual.

Of course, as I expect almost everyone agrees, the variation in academic achievement (and many other attributes) of the population depends on a complex mixture of factors. Teasing out the relative contributions of the various factors is far more tricky than you might think. Even if we take something like height - which is far easier to measure objectively than academic ability and is undisputedly highly heritable (tall parents tend to have tall kids and vice versa) - it is still far from clear to what extent the variation in human height around the world is down to genes or environment.

I have no idea what the correct figure is for the genetic contribution to the variation in academic achievement in the population at large, but (though I am very much on the political left) it wouldn't surprise me at all to learn that the true figure is even higher than 70%.

But, given the fact that nobody know the facts for sure, people at either end of the political spectrum are wont to provide ideologically-driven rather than data-driven answers to the empirical question: How much is nature and how much is nurture?

The left's commitment to egalitarian principles lead them to conclude that it must be mostly due to nurture. Only if we believe that, they suppose, can we imagine a future where social inequities are put right through progressive social intervention.

The right's commitment to in-egalitarian principles lead them to conclude that it must be mostly due to nature. Only if we believe that, they suppose, can we justify the claim that doing anything to improve the lot of the hoi polloi is a waste of time.

So why do I claim that both sides have got the whole thing rather arse-about-face?

Let us conduct another couple of thought experiments:

First let us first suppose that we have the most extreme case possible of the left-wing belief about the way the world is. Everyone in our imaginary society is a genetic clone with an exactly equal genetic endowment of academic potential and any differences in ultimate achievement will be entirely due to how we nurture the individuals concerned. How would we then structure our education system? We'd have to choose individuals completely arbitrarily from the pool and train some of them up to be clever enough to be surgeons or rocket scientists or whatever; and - at the other end - some of them to be just clever enough to tie their own shoe-laces etc so that they could perform jobs requiring very little intelligence - like the job of Education Secretary I suppose.

But isn't this more or less what right-wing education policy has always been (and what the likes of Michael Gove and Dominic Cummings seem to want to go fully back to): a system where people are picked arbitrarily from the pool on the basis of social class [2] (rather than innate ability) and given the training they require to fulfill their allotted station in life?

Now, instead of s society of genetic clones, let us imagine a society where everyone is born with different potentials. No matter how well I had been nurtured, I could never have become a Premiere League cricket player or someone who can cope with dates and times or remembering where I put my car keys; and the likes of Michael Gove could, no matter how well he had been nurtured, never have understood averages or become a professor of thermodynamics.

...a bit like the world Dominic Cummings and other right-wingers (probably largely correctly) believe we do inhabit.

In this world, it no longer makes sense to choose people arbitrarily from the pool and nurture (only) them. The only policy that makes sense is to nurture everybody so that each person achieves the best he or she is capable of and those who come out on top represent those who started out with the best genes rather than those who were fortunate enough to be given an education.

...rather like the sort of education system left-wingers tend to argue for in fact.

Okay, I've over-simplified here and rather caricatured the various political positions, but I hope I have also successfully made a serious point: the thinking about nature and nurture, on both left and right, is terribly confused.

[1] It seems he was not (ref) - thanks @OdysseanProject for the link. Whether or not Dominic Cummings share's this confusion, however, it is a form of confusion which is widespread (on both sides) and that, rather than criticizing Cummings, was the main thrust of this post.

[2] Of course they have, from time to time, also helped a few lucky less-well-off individuals over the years who were selected on the basis of ability rather than "breeding" (not least the British Humanist Association's splendid Chief Executive, Andrew Copson @andrewcopson, who wrote recently about his assisted place at an independent school and thereby set off a train of thought in my head which - after reading the Cummings story - turned into this blog post). Such considerations do not detract from my main point however - not least because the selection of such talented individuals is also arbitrary (many perfectly worthy poor kids don't get picked).
Posted by Dr Michael Ward at 10:04 PM