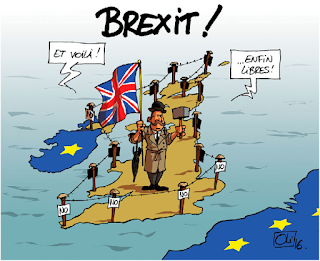 We woke at 5 in the morning exactly 5 years ago today to the news that the UK had voted to leave the EU and I was seized with a feeling of angst that has never quite gone away.

Karin, my German wife of 35 years, has been somewhat less downhearted than me about the whole thing. Of course, she has had a lot of anxiety and sleepless nights over Brexit but, having grown in the in the former German “Democratic” Republic, she was more accustomed to living in a country whose government lied as a matter of course, used words to mean what it wanted them to mean, and which carried out the wishes of the Russian leader. The whole thing was more of a new experience for me.

A rather Orwellian notion of “permanent” 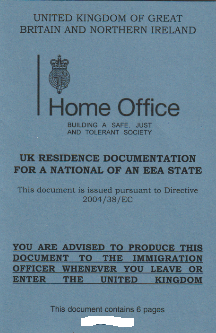 We had, on the morning of 2016 June 24, already begun to worry about how we could secure Karin’s right to continue living here in the UK with me and our two children.

We should remember that Boris Johnson, Michael Gove, Gisela Stuart and Priti Patel had, as leading figures in Vote Leave, made the following promises:

there will be no change for EU citizens already lawfully resident in the UK. These EU citizens will automatically be granted indefinite leave to remain in the UK and will be treated no less favourably than they are at present.

In the end, all three promises would be broken:

It also turned out that the UK had its own idiosyncratic interpretation of “lawfully resident”.

But we are getting ahead of ourselves.

In 2016 June, the only option for Karin was to apply for was something called “Permanent Residency” (PR). The application for PR was 85 pages long, cost £65, and demanded that we detail every single trip Karin had made in or out of the UK since first coming here in 1985.

Within a few months, the Home Office had announced that PR was to be abolished. Karin’s “permanent” status was to be rather temporary. Her card did, however, retain its validity until the end of 2020 and it turned out that we had probably done the right thing in applying for this – now redundant – piece of cardboard.

“Comprehensive Sickness Insurance” CSI (an aside) 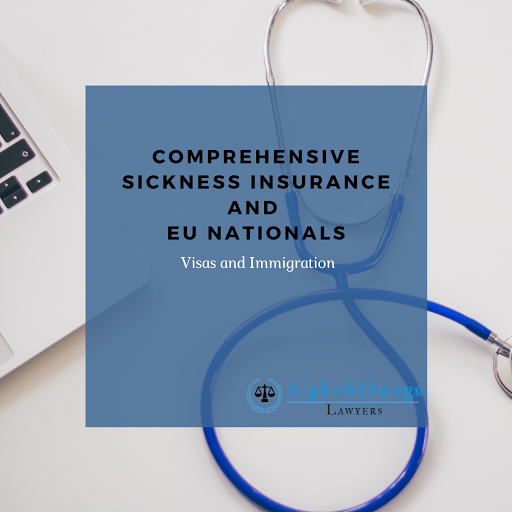 This bit of the story is a bit “down in the weeds”, but it is a crucial element of the full picture.

When worried EU citizens first began applying for PR, about 34% were being turned down – some then being told for good measure that they were here unlawfully and should pack up and leave the UK.

The most common reason (not the only reason) for refusals at that time seems to have been the failure of applicants to provide proof of “Comprehensive Sickness Insurance”. People could not provide proof of this because they did not have it or need it. The UK government insisted that they were simply following EU law here but, according to the EU, the Home Office was in breach of this EU law when it insisted, retrospectively, that some categories of UK residents who had been legally using NHS services all their lives required evidence of health insurance before they could apply for residency. The whole thing is explained in far more detail here.

The CSI issue mainly affected housewives/househusbands, carers, students, benefit claimants, the homeless, and other categories of people with independent means. Someone like Karin with her almost complete (and obtainable) National Insurance record was safe. But hundreds of thousands of other EU citizens were potentially facing deportation from the UK if they could not provide the required documentation. They could not retrospectively obtain insurance which the Home Office had never demanded at the time and the Home Office, in any case, refused to define what constituted comprehensive insurance.

The HMRC record element of the PR application was more crucial than we ever realized at the time. 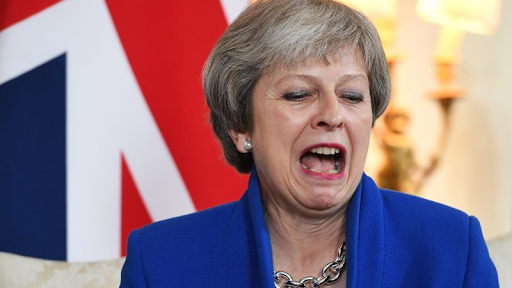 When Theresa May announced her plans to create a new “Settled Status” (SS) scheme (in place of the PR scheme) in 2017 October, EU citizens were able to breathe a huge sigh of relief. The bogus CSI “requirement” had been dropped and the whole thing was to be streamlined and online. EU citizens who had already obtained PR would be fast-tracked through the application.

The SS scheme has been a success - if we can describe a scheme designed to strip millions of people of their existing rights and provide (most of) them with inferior rights in such terms. Of the 5 million or so applicants, 53% have been granted SS, 44% have been granted the lesser “pre-settled status” and 3% have had “other outcomes” - including 55,950 outright refusals.

As this heart-wrenching story illustrates, the creation of this new status does not result in EU citizens (and their UK families) being treated “no less favourably”. It would take too long to list all the drawbacks of SS and many of them are rather technical. But given that she has (i.e. we have) children settled in Britain, a mother (who is not getting any younger) in Germany, and an English husband (me) who she will almost certainly outlive, all kinds of future scenarios come to mind whereby SS could leave her trapped in the UK or excluded from the UK.

And then I received this:

In response to one of my many rants on Twitter about the injustice of the whole situation.

Applying for a blue passport 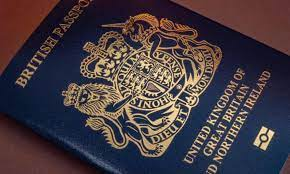 Being “married to a nice man” actually made no difference, and if Karin had simply wanted to stay in the UK, she would have been (mostly) fine with SS. It is, paradoxically, precisely EU citizens who might consider leaving the UK for a while who really need the security of a UK passport before they can consider doing so.

There was a window of opportunity during “transition” for Karin for apply for a UK passport but retain her German passport (Germany normally only allows dual citizenship for people who are citizens of other EU countries – i.e. for people who would never need it) and we decided to go for it.

Karin’s earlier successful application for PR turned out to be crucial however. Before you can even begin the process of applying for UK citizenship you need to have obtained PR – or now, SS. But, and it is a big “but”, the Home Office, having dropped the CSI “requirement” for obtaining SS, has quietly resurrected it for citizenship applications from EU citizens who apply using SS. Because Karin was able to apply with PR rather than with SS, she was able to jump straight through this new hoop.

Nonetheless, Karin’s application involved a lot of new hoops and involved jumping through many of the same hoops she had had to jump through in order to obtain PR. We had to fork out £1300 and make three trips to Manchester (we live in West Yorkshire) at £60 a pop. One of these was for her “Life in the UK” test. The peculiarities of this test have been written about extensively elsewhere. It is a curious melange of genuine questions about life in the UK (circa 1980), tendentious British history questions, and pro-British propaganda. Again, having lived in the GDR, Karin quickly learned that the trick was to provide that answers she thought were wanted rather than the answers she thought were true. After months of cramming in preparation, she passed with 100%.

At least she was spared the language test on account of her Masters degree from a UK University.

We finally submitted her application in 2019 March and received an acknowledgement:

Your application has been received and is being considered.

It may take up to six months to make a decision on your case. If we are unable to process your application within six months we will tell you as soon as possible.

Six months came and went with no decision and no communication to say that a decision had been delayed. An enquiry at six months yielded a grudging acknowledgement and then a letter in the post a couple of weeks later:

“As I am sure you are aware, naturalization is not an automatic process …”

That word “automatic” again. Obviously, one who has dealt with the Home Office is fully aware that nothing is “automatic”. Moreover, how “automatic” the thing is was entirely tangential to our enquiry.

The letter went on to make dark noises about the Home Office conducting checks with “government departments and external agencies [sic]” in order to assess Karin’s “good character” – all nonsense of course. She (a school teacher) had just had to obtain an enhanced DBS check from the Home Office. It took about a week.

A year and one month after that (i.e. 19 months after our original application) – with many interventions from our MP and ne’er a word of (plausible) explanation or apology. The Home Office finally deigned to process Karin’s application and sent out a letter confirming that she had been successful.

She then had to attend a “ceremony” at which, because of Covid-19 restrictions, she and the registrar were the only attendees. It was all the usual god and monarchy stuff. Just as well I was not allowed in or I should have felt compelled to make inappropriate remarks! Karin was presented with a certificate from the Home Office which she then had to send back to the Home Office (there is a kind of pattern here) and which they finally returned – torn and crumpled – and she finally got her blue-black British-passport-in-mourning almost exactly two years after her original application.

I have lost my freedom of movement in 29 countries but at least Karin has managed to retain hers in 31 countries - including the UK.

I suppose we can now "move on with our lives".

Just don't ever ask me again to feel proud of our country, or reconciled to Brexit, or to respect the decision of the half of our nation who voted to inflict all this anguish, inconvenience and expense on families like mine.

I don't respect that decision and I never shall.