Our notions of "race" and Wittgenstein on "family likenesses"

[Our] craving for generality is the resultant of a number of tendencies connected with particular philosophical confusions. There is- [....] The tendency to look for something in common to all entities which we commonly subsume under a general term.-We are inclined to think that there must be something in common to all games, say, and that this common property is the justification for applying the general term "game" to the various games; whereas games form a family the members of which have family likenesses. [....]

There's an excellent piece from Dr Adam Rutherford in in today's Observer: "Why racism is not backed by science" 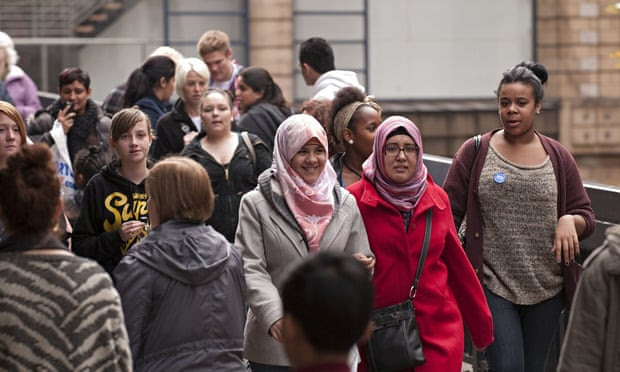 in it Adam writes:

We now know that the way we talk about race has no scientific validity. There is no genetic basis that corresponds with any particular group of people, no essentialist DNA for black people or white people or anyone. This is not a hippy ideal, it’s a fact. There are genetic characteristics that associate with certain populations, but none of these is exclusive, nor correspond uniquely with any one group that might fit a racial epithet.

Claims like this seem surprising and counter-intuitive to a lot of people, but the science tells us unequivocally that they are true.

As far as I am aware, the philosopher Ludwig Wittgenstein never wrote directly about the biology of "race", but he did have a lot to say about our use of language and the kind of thinking that underlies our use of language. As ever, I make no claims to do justice to his legacy here, but one of his themes has always struck me as being particularly relevant to our confused notions of "race".

Wittgenstein argued that particular instances of things to which general terms - such as "game" - apply, do not necessarily possess any one feature in common but form a group in much the same way as members of an extended family do when considered with respect to their physical appearances - a shared chin shape here, a shared idiosyncrasy there.

If Wittgenstein is right, then it might be possible (in principle at least) to quantify the extent to which "family likeness" is shared between different particular cases. If we were to label the various features of particular cases of a general term with letters of the alphabet we might come up with something like the following (this is my example not Ludwig's):

It now becomes clear (as could probably have been guessed by simply looking at the example presented) that entity number five shares its features more widely than any other member of the group. If the entities in question were games, then number five might be cricket (which has most features we normally associate with games) and number one might be frisbee (which has players and equipment, but no formal rules, no competition, and no winning or losing*). Whether playing frisbee should be called a "true" game is the kind of issue over which we could imagine disputes. An activity such as cricket (some other examples would serve equally well) is not only secure from such controversy, it actually belongs to the very heart of the concept of game playing**. In the same way, entity number five enjoys a distinct centrality within the family of entities to which it belongs. (Conveniently, in the above presentation, entity number five is also centrally positioned). It is number five which we should choose if asked to pick one example from the above group to serve as a paradigm.

Analysing general terms in this way sheds light on why we have concepts of "racial groups" and think we can describe paradigm examples of members of those "groups" - a "typical negro", a "typical caucasian", or whatever - even though there are no genes which are unique to people we would tend to classify as "black" or "white" or "asian". Even the outward indicators of race: curly or straight hair, dark or light skin, eyes with or without epicanthic folds etc (let alone the complex genetics that underlie such traits) are spread across many different population groups that are often seen as distinct "races".

Let us give Wittgenstein the final word:

There is a tendency [....] to think that the man who has learnt to understand a general term, say the term "leaf", has thereby come to possess a kind of general picture of a leaf, as opposed to pictures of particular leaves. [....]

Instead of "craving for generality" I could have said "the contemptuous attitude towards the particular case".

* This may have changed of course, but it was true in my day :-)

** Even though I have no idea whatsoever what is going on when I watch a game of cricket.