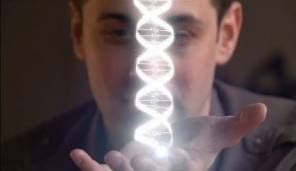 [show times for the gene code]
Posted by Dr Michael Ward at 10:48 AM