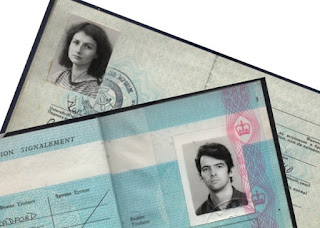 The British Embassy in Berlin had stamped “Given leave to enter the United Kingdom for an indefinite period”. This was valid for a single entry. Each time we went abroad we had to first apply for a re-entry visa to the UK. Needless to say, this was a rather onerous procedure. 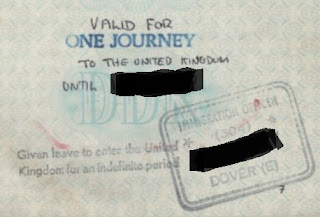 The passport with this stamp inside it was valid until 1991 March, but the GDR did not make it that far. 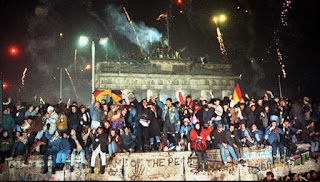 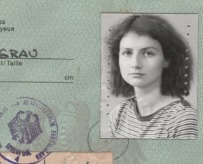 The days of endless paperwork to live a normal life in the UK were over ... or so we thought.
So what now that Brexit has upended Karin’s legal status and our life together once again?
The UK Home Office website has the following advice: 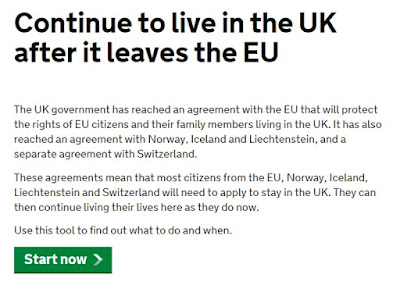 Which, if you follow it through and answer all the questions, takes you to:

So, in theory, Karin does not need to do anything. She can continue living in the UK using the indefinite leave to remain [“ILR”] that was stamped in her old passport.

It would, however. be extremely imprudent of her to follow the Home Office’s advice here. The Home Office long ago destroyed all records of people in Karin’s situation and her only evidence of her legal status is a rather dog-eared passport from a country that has now failed to exist for longer than it ever existed. It is hard to imagine that those expected to police EU citizens in future – NHS staff, employers, landlords and others – would recognize the validity of her documentation, and if that documentation were lost, stolen, or destroyed, she would find herself in the same situation as the “Windrush” community who were so badly served by Theresa May’s “Hostile Environment”.

Though this fact has not been widely publicized, Karin (though not a national of a Commonwealth country) could apply under the scheme set up by the UK government to help Windrushers: I wonder how many people in the UK are aware of this fact?

Now the precise details of Karin’s situation are somewhat unusual. But her problem of historical IRL, and the precariousness of evidence for that status, exists for tens of thousands (perhaps hundreds of thousands) of Europeans who came to live in the UK before Freedom of Movement and whose old documentation was rendered obsolete by EU membership and the Treaty of Maastricht which the UK signed in 1992. 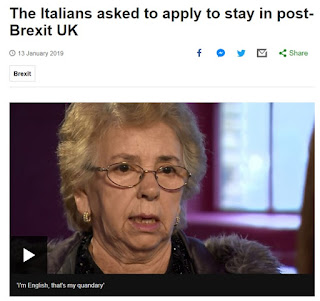 Karin will of course ignore the Home Office and apply for the new “settlement” status for EU citizens. (Confusingly, it should be noted, the term “settlement” is often used as a synonym for “ILR” by the UK Home Office.) A small number of Europeans in percentage terms – but large in absolute terms – will heed the Home Office advice, or assume they need to do nothing, or will not have the capacity to obtain the new settlement status and will – perhaps years or decades later – find themselves unable to evidence their right to be here. Like the Windrushers they may face detention, deportation, and being torn from their families.

I do not see how our politicians will, next time round, be able to pretend they never saw this coming.